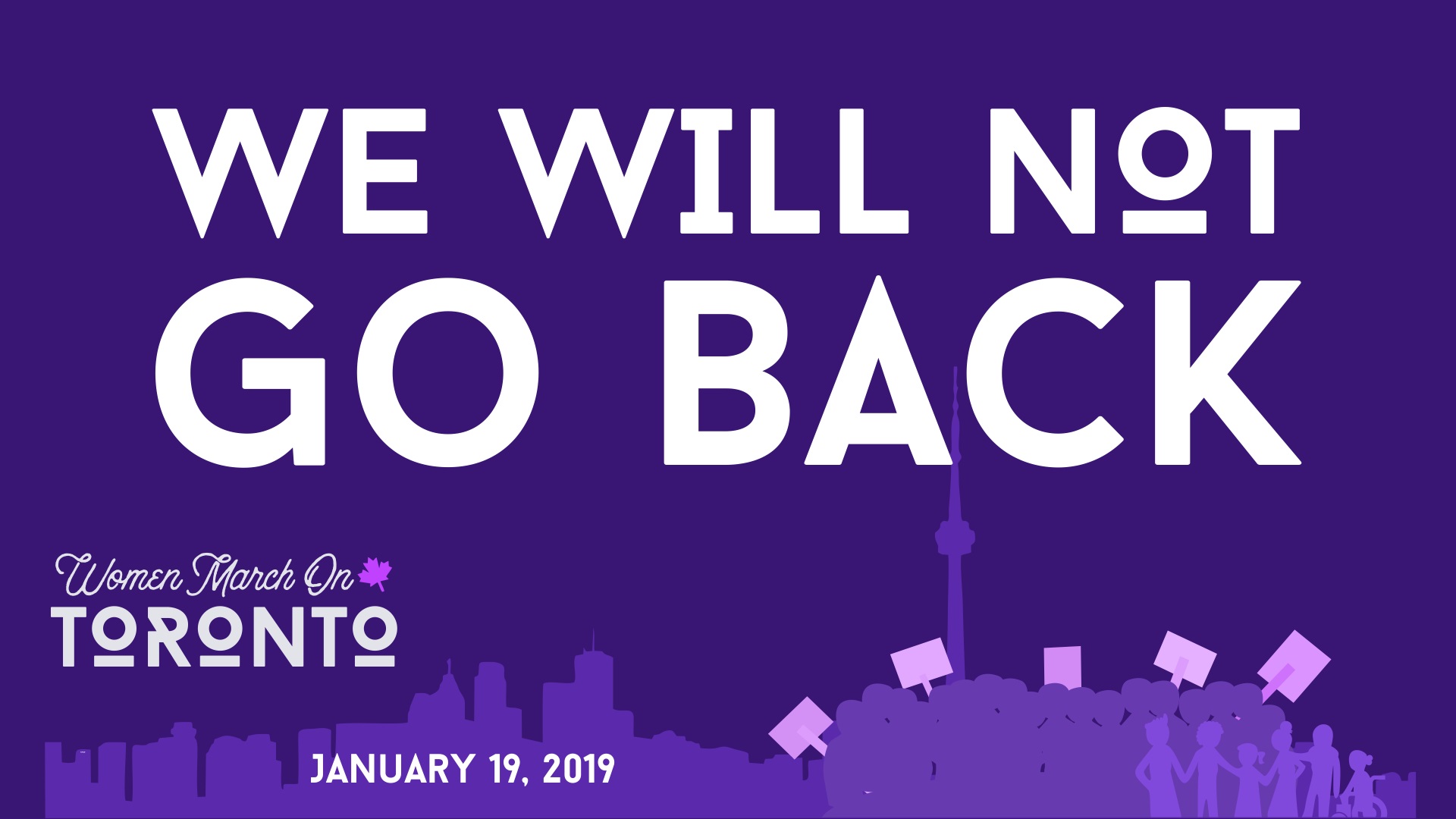 Please note: speakers and performers are not listed in order of appearance.

An award-winning diversity organizer and professional speaker, Dawn is Mohawk from Tyendinaga. She has nearly three decades of experience in Indigenous Education, Health, Governance, Women’s causes and the Arts. She is an in-demand speaker/writer in Canada, USA, Italy, Germany and Australia. She has emceed to audiences of thousands at the Parliament of World Religions (Utah) and spoken at numerous women’s marches in Toronto; and sat as an esteemed member of the UNESCO Arts and Education Roundtable.

Working as the National Chair of the AFN-INAC Post-Secondary Education Working Group and as Director of Professional Development for the National Centre for First Nations Governance have provided her with a wealth of experience across Canada. As a consultant, her training, curriculum development, policy work and diversity/inclusion contributions to organizations have had a considerable impact around the globe. Dawn advises and facilitates for Olivia Chow’s Institute for Change Leaders. Dawn recently launched her not-for-profit Indigenous education and training company: HOPES: Healing Our Peoples through Education and Social justice.

Farrah Khan spent two decades working to raise awareness between equity and gender-based violence, through art creation, education, counselling. She has co-created community projects including femifesto’s Use The Right Words: Media Reporting on Sexual Violence, a guide for journalists. Currently, she is the Manager of Consent Comes First, Office of Sexual Violence Support and Education at Ryerson University. Farrah is the former co-chair of the Provincial Roundtable on Violence Against Women and member of the 2018 Gender Equality Advisory Council for the G7. At the G7 Summit, Farrah addressed an audience of world leaders insisting that any discussion about a thriving, sustainable and peaceful world is not possible without taking action on gender equity. - the part in yellow doesn't need to be read on stage.

Savi Gellatly-Ladd is a 16-year-old high school student at Harbord Collegiate. She is an organizer for Not Just Rumours, a student movement combatting sexual misconduct in schools. She is a student organizer for 15$ and Fairness and was an organizer in Mic Drop, a youth-led forum for youth activists about sex-ed. This forum helped to provide students with the tools they need to expand their advocacy skills. She is an artist who values intersectionality and is so excited to speak at this Women’s March!

Sandy Hudson is a Toronto-based organizer, communications specialist, political strategist, public intellectual, writer, abolition activist, and award-winning influencer. Sandy is the founder of the Black Lives Matter movement presence in Canada and Black Lives Matter–Toronto. She also co-founded the Black Liberation Collective–Canada, the campus-based extension of the movement. The work Sandy has accomplished with her team has been formidable, and her efforts to publicly address anti-Black racism have resulted in concrete policy change, including the winding down of the program that places police officers in the largest school board in North America. Sandy holds a Social Justice Education degree from the University of Toronto and regularly provides workshops and keynote addresses to share her skills with community members, universities and conferences.

Sandy credits her accomplishments to her parents who raised her with a strong moral compass, the elders who came before her, and the team of inspiring people she is blessed to work with.

Rayne Fisher-Quann is a Toronto political activist and student who is most famous for her work on sexual education, Indigenous rights, and gender-based violence. Rayne is the co-founder and executive director of the March for Our Education movement that occurred in response to the repeal of the 2015 sexual education curriculum and the cutbacks to the Indigenous curriculum.

Rayne co-led the largest high-school student protest in Canada's history and is a United Nations contributor, a public speaker, a writer, and a vocal advocate for youth engagement. Rayne was recently named a Woman of the Year by Chatelaine magazine and one of Canada's Most Powerful Women by Refinery29.

Melissa Graham is an advocate for social justice, public speaker, writer, researcher, and community organizer. Melissa is also the founder of the Toronto Disability Pride March, an annual event that began during the Occupy movement. She has been a disability justice activist for over a decade, and is a proud member of the International Socialists.

Melissa is also a recipient of an Ontario Volunteer Service Award for 2018. As a social worker and an activist, she fights oppression from an intersectional perspective, and by encouraging others to speak from their lived experience.

Yasmeen Persad is a trans woman of colour originally from the Caribbean. She has been providing education and training around LGBTT-related issues for the past 8 years. Her experience ranges from working with trans youth, HIV positive women, sex workers and many diverse populations. She provides training to front-line shelter workers around trans community inclusion and support. Yasmeen has presented at many universities across North America on various topics about access for trans people. She has been part of ground-breaking recognition of trans women as women in the Violence Against Women sector.

Megan Whitfield was born in Jamaica and immigrated to Canada in 1975 at the age of five. Megan graduated from Humber College with a diploma in Law and Security Administration. Megan was the first woman ever hired in the security department at the Regal Constellation Hotel. While there, she organized and helped to unionize her department. After working in her field for several years, Megan became a mother and returned to school, where she studied Microcomputer application at George Brown College. In 1998 Megan was re-hired as a temporary employee at Canada Post. She was promoted to part-time, and became a shop steward, a health and safety representative and chief shop steward for the South Central Letter Processing Plant. In addition, Megan is an executive member of both the Canadian Union of Postal Workers and the Coalition of Black Trade Unionist Ontario Chapter. In 2014 Megan Whitfield was elected by an overwhelming majority to the position of President of the Canadian Union of Postal Workers (CUPW) Toronto Local, making her the first black president of the largest CUPW local in Canada. Megan was elected for a second term in 2017. She is also an Executive Vice President representing Workers of Colour with the Ontario Federation of Labour. She is a mother of three young men and a proud grandmother of two granddaughters.

gRRRRl Justice is a grassroots feminist collective working to engage all people, especially young folks, in movements to end all forms of gender-based violence.  gRRRRl Justice uses creative art inventions to challenge systems of oppression while building supportive communities that celebrate the strength and resilience of survivors! We are here to remind all the young, cis, trans, gender queer, non binary, two spirit gRRRRls that WE ARE THE BOSSES OF OUR OWN BODIES and together we can smash the systems that hold us back while envisioning new worlds and ways of being!

Raging Asian Women Taiko Drummers (RAW) is a performance arts ensemble made up of Torontonians who identify as East and Southeast Asian women. We are a Japanese Taiko drumming group that exists as a critical response and challenge to both systemic and internalized oppressions. Through performance, education, and community outreach, we seek to challenge, redefine, and represent ourselves, and to inspire ourselves and others in striving for racial and gender equality.  Through collective membership, artistic creation, and active development, we carve space for self-expression, authentic engagement, community, and empowerment. RAW was formed in 1998 as one of the only all-women-identified Taiko groups in North America, by three former members of Wasabi Daiko. RAW traces its lineage through the North American Taiko movement’s unique history, one that is integrally linked to the Asian American Movement of the 1960s and 1970s when Asian Americans and Canadians mobilized en masse around issues of racial equality, social justice, and political empowerment.

Please check your e-mail for a link to activate your account.